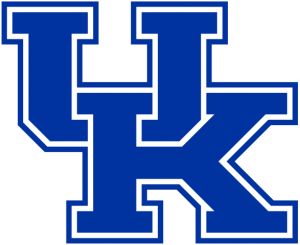 The Associated Press has been ranking the best teams in college basketball for more 68 years with over 1,100 polls.  Through all that, a total of 200 schools have been ranked with 59 of them earning the number one spot.  The AP recently came up with a formula to rank the Best College Basketball Team of All Time using data from those polls with the University of Kentucky squeaking out a win in the top spot.

The Wildcats’ all-time-best victory by a margin of just 1.17% over runner-up UNC might be some small measure of consolation for #2 seed UK fans after last week’s 73-75 loss to the #1 seed Tarheels in the 2017 NCAA tournament quarter-finals.

To rank the all-time Top 100 teams, the AP formula counted poll appearances at one point each to reward consistent winners and awarded two points each when teams appeared in the number one spot to acknowledge elite programs. National championship wins are not factored into these rankings since the Associated Press does not release a poll after the tournament.

University of Kentucky’s Wildcats appeared in more than 75% of all AP polls with 124 No. 1 rankings, earning them a total of 1,111 total points, just ahead of UNC’s 1,098.  The Tarheels had more overall appearances in polling but only 110 appearances in the top spot.

After a sharp drop-off in overall points, Louisville fans were not left out; the Cardinals finished the ranking at No. 7 behind Duke, UCLS, Kansas, and the Indiana Hoosiers.  The Cards earned 627 overall points with appearances in more than 54% of AP’s polls and two No. 1 appearances.

Arizona, Syracuse, and the Cincinnati Bearcats rounded out the top 10 positions with Jacksonville and Mississippi only just making the cut tied for #100.  Maryland toped the list of “never Number Ones” at #17 all-time, one of only two top-25 teams to have never earned the top spot in any AP poll.

The 2017 NCAA Men’s Basketball tournament continues with semi-finals games Saturday between South Carolina and Gonzaga at 6:09 PM and UNC facing Oregon at 8:49 PM.  The winners of those games will face each other April 3rd to determine the 2017 champion.