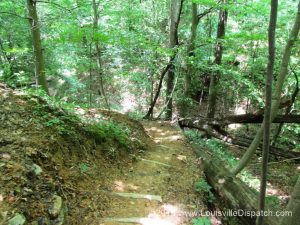 Metro Parks and Recreation’s Natural Areas Division, along with the Fairdale, Camp Taylor and Pleasure Ridge Park fire departments and the Olmsted Parks Conservancy, will be carrying out a prescribed burn of approximately 7 acres in Jefferson Memorial Forest tomorrow afternoon beginning at 1 p.m.

The burn will be in the Scott’s Gap section of the forest, located in southwest Louisville. The area is bordered by Scott’s Gap and Blevins Gap roads, and the smoke from the fire may be visible to nearby residents and motorists who are traveling on Dixie Highway and the Gene Snyder Expressway.

Fire management of natural areas was a commonly-used ecological practice by Native Americans as a way to reduce non-native cool season grasses and re-establish prairie habitat.

The burn is expected to last from 90 minutes to few hours and will be monitored until completely out. A similar event is being planned at Iroquois Park’s Summit Field in south Louisville. Officials will monitor weather conditions and decide on the appropriate date for the second burn.