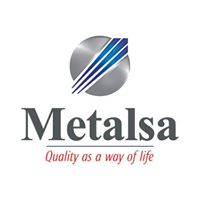 Automotive frame manufacturer Metalsa Structural Products Inc. will add 113 jobs at its Owensboro facility with a $36.5 million expansion to produce a new line of stamped and welded components.

“With three production facilities in the commonwealth, Metalsa stands as one of our largest automotive employers,” Gov. Bevin said. “We are grateful for this additional expansion and these new jobs. This will strengthen Kentucky’s economy and further propel us toward our goal of being the American center of engineering and manufacturing excellence. We welcome this growth and congratulate both Metalsa and the Owensboro community on their success.”

The $36.5 million will include investment in robotic welding cells, assembly line robots, infrastructure and building expansions to increase the facility’s square footage to accommodate the new production line and additional warehouse space. The expansion began this summer and hiring is for September 2018 through June 2019. Company leaders expect production to begin in March 2019.

In Kentucky, Metalsa currently employs about 2,700 people at three vehicle-frame facilities. It established the Owensboro facility in 1997, opened its Hopkinsville plant in 1989 and its Elizabethtown plant dates to 1994.

Established in 1956 as Manufacturas Metálicas Monterrey with a plant in Churubusco, Mexico, the company initially produced structures for the construction industry then began manufacturing automotive parts four years later. The company changed its name to Metalsa in 1980. Current products include frames and fuel tanks for light and commercial vehicles, among other items.

Kentucky’s automotive industry — a key sector of the commonwealth’s economy — employs more than 100,000 people at 500-plus facilities across the state. This year through August, the industry announced a dozen new locations or expansions totaling $3.9 billion in investments. Those are expected to create more than 3,100 full-time jobs.

Kentucky’s ideal location as a gateway between the nation’s two auto-production hotbeds offers suppliers the opportunity to produce components in a low-cost, right-to-work state and ship their products quickly and cost-effectively to assembly plants in Kentucky and across the Midwest and South.

Sen. Joe Bowen, of Owensboro, said the announcement will benefit the region for years to come.

“It is a great day when a company that already employs so many Kentuckians chooses to expand its operations in our city,” he said. “I am pleased that Metalsa chose to increase its investment in its Owensboro facility and I thank them for their dedication to our community.”

Rep. Suzanne Miles, of Owensboro, commended Metalsa on its commitment to the region and thanked those involved with landing the project.

“I want to congratulate Metalsa Structural Products on their expansion and thank them for their continued investment in the 7th District,” Rep. Miles said. “This expansion will create jobs for the Owensboro area and bring continued economic development to our region. Metalsa Structural Products has long been a successful corporate and community partner for Owensboro, and I want to applaud all those who made this investment possible.”

“The City of Owensboro is proud and honored to be the site of Metalsa’s expansion,” Mayor Watson said. “The company’s commitment to Owensboro is a testament to our positive business environment, a highly-skilled workforce and superb quality of life. We look forward to working with this fine corporate citizen for many years to come.”

“On behalf of the fiscal court and the citizens of Daviess County, I congratulate Metalsa on their expansion,” Judge Mattingly said. “This project will create high-wage jobs, and illustrates the company’s confidence in our workforce and community.”

To encourage the investment and job growth in the community, the Kentucky Economic Development Finance Authority (KEDFA) in June preliminarily approved Metalsa for tax incentives up to $3.5 million through the Kentucky Business Investment program. The performance-based incentive allows a company to keep a portion of its investment over the agreement term through corporate income tax credits and wage assessments by meeting job and investment targets.

A detailed community profile for Daviess County can be viewed at http://bit.ly/DaviessCoKy.

Information on Kentucky’s economic development efforts and programs is available at ThinkKentucky.com. Fans of the Cabinet for Economic Development can also join the discussion on Facebook or follow on Twitter. Watch the Cabinet’s “This is My Kentucky” video on YouTube.