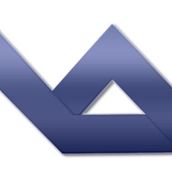 The Kentucky Talking Book Library (KTBL) received the James Carl Dotson award for providing long-standing service to blind and visually impaired Kentuckians during the Kentucky Council of the Blind’s recent 2017 convention in Louisville.

KTBL provides free library service to people who are unable to read traditional print due to a visual or physical disability. Braille and/or digital audio books are delivered by mail, downloaded from the Braille and Audio Reading Download (BARD) website, or accessed via the BARD Mobile app for smartphone or tablet. A special digital talking book player is provided on loan as part of the service.

The award was presented Nov. 18 to KTBL Branch Manager Barbara Penegor on behalf of KTBL for providing access to literacy, information, recreation and community to blind and visually impaired patrons.

“I think I speak for my entire staff when I say we all enjoy our jobs because what we do means so much to our patrons. Not a day goes by when we don’t hear someone tell us they don’t know what they would do without their talking books or Braille books. We hear many touching stories from family members after  patron passes on how much this service meant to them. It is like icing on the cake to be publically thanked for our work and to know that the community at-large recognizes and appreciates us,” said Penegor.

Dotson was a 1943 graduate of the Kentucky School for the Blind (KSB) who worked tirelessly for the Kentucky Council of the Blind. He also served as scoutmaster at KSB, actively supported the KSB alumni, and served the Louisville community as a Shriner and master of his Masonic Lodge.

KTBL is a branch within the Kentucky Department for Libraries and Archives (KDLA) in Frankfort that began operating in 1968. It is part of a nationwide network of similar libraries administered by the National Library Service for the Blind and Physically Handicapped, a branch of the Library of Congress that began in 1931.

The Kentucky Council of the Blind is a nonprofit organization composed of members who are blind, visually impaired, or are sighted volunteers dedicated to helping others with low vision lead fuller, more independent lives. It is the state affiliate of the American Council of the Blind, whose mission is to increase the independence, security, equality of opportunity, and quality of life, for all blind and visually impaired people.