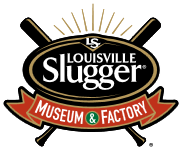 To celebrate their 20th anniversary, Louisville Slugger Museum & Factory has transformed a vacant lot in Smoketown into a park for the public’s use. Today, Mayor Fischer joined the company to officially open May Hillerich Park at 813 Jackson Street. May Hillerich was the sister of Bud Hillerich, creator of the Louisville Slugger, and played a critical role in the early success and growth of the company.

“I would like to thank Louisville Slugger Museum & Factory for their generous contributions to make this park possible,” Fischer said. “Their investment in this vacant lot turned park is a terrific addition to the neighborhood. I would encourage other corporations to follow Louisville Slugger Museum’s example and consider if they can eliminate a vacant lot through beautification and community building.”

“Our company’s roots run deep in the Smoketown neighborhood. May Hillerich Park is just a few blocks from our former factory site, which is slated to become a fantastic Boys and Girls Club,” said Anne Jewell, Vice President and Executive Director of Louisville Slugger Museum & Factory. “We’re delighted to create this park for the families of Smoketown and can’t wait to see Meyzeek middle schoolers enjoying it.”

Louisville Slugger Museum & Factory worked with Brightside to complete the pocket park which includes 20 newly planted trees, benches, flower beds, and a paved path that connects Jackson Street to the alley behind the park which leads to the Louisville Metro Housing Authority’s (LMHA) playground and community garden. The pavers for the path, which were recycled from the 2nd Street streetscape, and benches were donated by the Louisville Downtown Partnership. Mums, one of the flowers species planted, were donated by Churchill Downs.

Meyzeek Middle School, which is located across the street from the park, plans to use the space for outdoor learning. The lot is owned by LMHA and will be maintained by LMHA and Brightside.