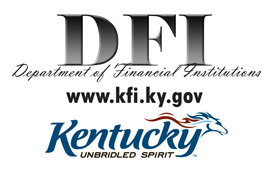 The Department of Financial Institutions (DFI) announced that it has entered a Final Order to stop fraudulent activity by an investment adviser representative and his firm. The respondents have been ordered to pay more than $830,000 in restitution and $575,000 in fines.

DFI stated that Louisville investment adviser representative Derek Burcham and his firm, Cornerstone Benefit Advisors LLC, operating under the name Cornerstone Wealth Advisors, took fees from investors that had not been earned.

In some instances, the fees greatly exceeded what was contractually allowed.  While investor contracts stated that fees were to be no more than 1 percent of assets under management, investors paid much more – in one case more than 32 percent. Burcham manipulated and fabricated some statements so that investors did not realize what they were being charged.

“These investors were misled by their adviser and weren’t receiving accurate statements,” said DFI Commissioner Charles Vice. “DFI’s Division of Securities works diligently to stop fraud against investors, and I recommend that consumers contact the division if fraud is suspected.  It is also important for investors to regularly review statements and verify them for accuracy.”

The Final Order, entered by DFI, revokes the registrations of both Burcham and Cornerstone and also orders both to cease and desist from engaging in the securities business in Kentucky.

A separate Final Order, entered in Franklin Circuit Court, enjoined both Burcham and Cornerstone from: acting as an investment adviser or investment adviser representative, violating the Securities Act of Kentucky, and dissipating any investor money or assets acquired with investor money. The circuit court ordered restitution and disgorgement in equal amounts, noting that the investor money, in the form of unearned fees, flowed through Burcham’s business bank accounts and represents ill-gotten gains. Burcham used the unearned fees for personal expenses.