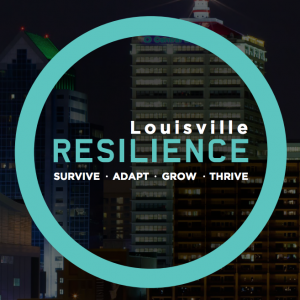 The Louisville Resilience team is asking citizens to complete a short web-based survey to help craft the city’s strategy for withstanding “shocks and stresses,” such as economic downturns and natural disasters.

“Louisville and its citizens can only reach their full potential if we’re prepared for disruptions that might come our way, both sudden and long-simmering,” said city Chief Resilience Officer Eric Friedlander, who is responsible for developing strategies to improve resilience across the city.

“We need input from as many residents as possible. We need to know what Louisvillians in every neighborhood see as our most pressing challenges, so we can work on them together as a community.”

The survey, which takes about 10 minutes to complete, can be taken here.

Louisville Resilience will use the residents’ feedback as the office,  in partnership with the community, crafts policies and implementation strategies.

Louisville’s efforts focus on breaking down barriers within city government, developing pre-existing plans, and creating partnerships, alliances and financing mechanisms that will address the resilience vulnerabilities of all city residents, with a particular focus on low-income and vulnerable populations.

Those local efforts include a focus on economic and social challenges, environmental and infrastructure issues, and health and wellbeing.