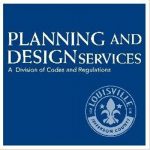 Through a yearlong process, they reviewed research and best practices and then crafted a set of recommendations, including incentive programs, program improvements, policies and public engagement strategies—with the goal of improving the community dialogue and outcomes around historic preservation.

In response, the city so far has:

Those proposed changes include:

To view the proposed changes in their entirety and to comment on them, please visit https://louisvilleky.gov/government/planning-design/historic-preservatio…

The Commission will review the amendments and public feedback at its June 21 and July 19 meetings. When the Landmarks Commission completes its review, recommended changes will be sent to the Metro Council for review and approval.