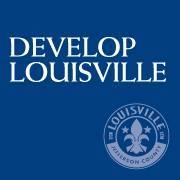 Jefferson Square, originally built in the 1970s, is located at 301 S. Sixth Street, bordered by Jefferson, Sixth and Liberty streets and a building at 600 W. Jefferson. The park currently has pathways, a small program space and seating areas, a water feature that is no longer functional, picnic tables and memorials to fallen police officers and firefighters.

The draft plan envisions a transformative design that more prominently honors Louisville’s first responders and creates a cohesive vision for this important public space. It includes:

This conceptual vision was created with public engagement and feedback, which started last year during Light Up Louisville and continued in 2018 with an online comment form, an open house at Metro Hall and close collaboration with Louisville Downtown Partnership. Emergency service agencies such as LMPD and Fire were integral in the process to ensure that the redesign of the public square maintained a reverence toward the memorials there.

“For many years, Jefferson Square has been a gathering space in the heart of Louisville that has hosted many events, from speeches, presentations, mini concerts and Light Up Louisville, while also serving as just a nice place to enjoy the outdoors,” said Doug Hamilton, Chief of Public Services, adding that many visitors may not realize its role as a place of remembrance for local public safety agencies. “Several times a year you may see first responders and family members come to honor and acknowledge the ultimate sacrifice of those who gave their lives in the line of duty serving this community. They all are eager to see those sacrifices and memories preserved in an even more inviting, open setting of respect and dignity.”

Anyone interested in offering feedback on the proposed redesign is invited to do so during the Mayor’s Music & Art Series at Jefferson Square on Thursday. The concert, featuring Sound Company, begins at noon. A comment form is also available.

The FY19 Budget includes $310,000 to prepare formal design documents for the square. That process will begin later this year.