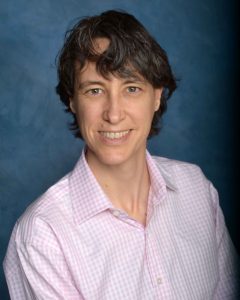 “The Louisville Metro Housing Authority is a national leader in neighborhood revitalization and housing development, and a central part of our efforts to give every citizen the chance to reach their full potential,” Mayor Fischer said. “In Lisa, we have a leader with expertise in housing policy and community engagement, and also an activist’s passion for helping residents.”

LMHA is responsible for over 4,500 public housing units as well as administration of rental assistance to approximately 9,200 families through its voucher programs.

Its mission is to provide quality, affordable housing for those in need, assist residents in their efforts to achieve financial independence, and work with the community to strengthen neighborhood.

Osanka has more than 26 years of experience in housing and community development. Before becoming interim director following the retirement of longtime Director Tim Barry, Osanka was the Director of Leased Housing for LMHA.

“Affordable housing is an issue I feel very strongly about, and I’ve spent a good amount of my life working to ensure that everyone in our community has a secure place to call home,” Osanka said. “I am thrilled at the opportunity to continue serving this community, especially the thousands of families that we at LMHA serve every day.”

A nine-member Board of Commissioners, appointed by the Metro Mayor, serves as the policy making body of the agency. Its funding comes from residents’ rents and annual operating subsidy from the U.S. Department of Housing and Urban Development (HUD). The agency also receives Capital Improvement funds on an annual basis from HUD, and applies for funds from HUD and the city’s Community Development Block Grant (CDBG) program to finance various modernization improvements.

In her role as Director, Osanka will partner with the LMHA staff and Board of Directors to carry out the agency’s goals, including plans for the $30 million HUD Choice Neighborhoods grant that is a driver of the renaissance underway in the Russell neighborhood.

“Lisa brings the experience, expertise and institutional knowledge needed to do this job well, and we’re pleased to see her take the helm,” said Manfred Reid, chairman of the Board of Commissioners for the Louisville Metro Housing Authority since 2000. “She truly cares about the people impacted by this operation, and that’s incredibly important.”

Osanka earned her Juris Doctorate from the Brandeis School of Law at the University of Louisville and her Bachelors of the Arts in History from Valparaiso University.

Before joining LMHA, she held positions at Local Initiatives Support Corporation in Washington, D.C., Louisville Tenants Association, Kentuckians for the Commonwealth and Habitat for Humanity International.