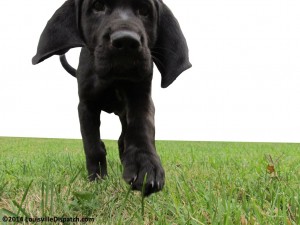 The Louisville Metro Animal Services shelter has reached maximum capacity, so in an effort to reduce the kennel population, all redemption fees are waived for pets currently at the LMAS shelter starting, Friday, December 7th through the end of the month.

“We know that all of the dogs picked up as strays or turned into us have owners,” said Ozzy Gibson, LMAS Shelter Director. “The problem is people aren’t coming in to claim their pets. That’s the overall major contributor to the shelter being at capacity. Last year during the holidays the shelter was full; we want to take a proactive approach this year, in hopes of remaining a No Kill Shelter. We want them home for the Holidays!”

Jefferson county residents are required by a Louisville ordinance to license their dog or cat with LMAS. Unfortunately, many are not aware of the requirement. Pet owners can be fined for failure to purchase or renew a pet license, expired Rabies vaccinations or for a pet that is not spayed/neutered.  LMAS will offer owners who come to the shelter to claim their dog a voucher to help with the cost of spay/neuter surgery, while the Blue Grass Boxer Club has made a donation to Friends of Metro Animal Services to cover all licensing for altered animals or ones that will be, saving the pet owner from having to pay the fee.

“We don’t want to be tasked with finding new homes for pets that already have one,” said Gibson. “The majority of dogs in the LMAS Shelter are over 40 lbs. We’d much rather return these dogs to their owners instead of letting them sit for months on end, hoping someone will adopt them. There are simply just not enough homes for all of them.”

Pets can be claimed at the LMAS Shelter located at 3705 Manslick Road, Monday-Friday 12-6pm; and Saturdays 11-2pm.  All redemption fees are waived through December.