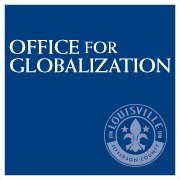 Mayor Greg Fischer today announced the appointment of Sabeen Nasim as Director of the Louisville Metro Office for Globalization, which works to implement new strategies to engage and welcome Louisville’s international community.

“As evidenced by the fact that we were only the second city in the U.S. to achieve Certified Welcoming City status, Louisville is leading the country in welcoming foreign-born residents and giving them the tools and support necessary to reach their full human potential,” Mayor Fischer said. “Sabeen’s commitment to empowering people and encouraging them to be trailblazers within their community makes her the right person to lead and maximize our city’s globalization efforts.”

Nasim joins the Office for Globalization as an experienced leader and public servant with more than 15 years working in various roles related to community development.

“Joining the Office for Globalization has been a dream come true where I can focus my passion on cultivating economic, educational and cultural opportunities for our diverse community and promote a welcoming agenda for all residents of Louisville,” said Nasim.

As a Pakistani-born immigrant raised in Southern California, Nasim said she’s overcome obstacles throughout her life, balancing two cultures while acclimating to a new country. With life lessons as her foundation, she pledged to pay it forward by working to ensure everyone has every opportunity to succeed – the definition of the city’s value of compassion.

Prior to her role with the Office for Globalization, Nasim served as UPS Air Region Public Affairs & Community Relations Supervisor, the primary field representative and liaison for the UPS Foundation. In this position, she was responsible for overseeing the foundation’s local grant program and helped drive a culture that supported giving back to communities through strategic philanthropy, partnerships with local nonprofits, skills-based and in-house volunteerism, board engagement, and public policy.

Nasim’s enthusiasm to help others reach their full potential resulted in her being recognized as Louisville’s Business First Top 20 People to Know in Education and the Workforce. Nasim holds a Bachelor of Arts degree in Liberal Studies from California State University of Long Beach and a Master of Education, Leadership and Administration degree from the University of Louisville. She recently graduated as a member of Leadership Louisville’s 2019 Class of Bingham Fellows. Her dedication to the community involves work with various boards, including TreesLouisville, the World Affairs Council and Fund for the Arts.

She replaces Bryan Warren, who led the office for four years and now serves as the vice president of education for Kentucky Performing Arts.

Today is Nasim’s first day leading the Office for Globalization.