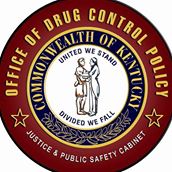 The nationwide opioid epidemic continued taking its lethal toll on the Commonwealth last year, driving up overdose deaths to unprecedented levels with an ever-stronger mix of fentanyl, heroin and prescription pills.

According to a report released by the Kentucky Office of Drug Control Policy, fatal overdoses totaled 1,404 in 2016, a 7.4 percent increase from the previous year. Of those cases, toxicology data was available for 1,330 deaths.

Fentanyl, an extremely potent opioid that is often blended with heroin and other drugs, contributed to nearly half of all fatalities during the year. It was a factor in 623 lethal overdoses, up from 459 in 2015. Heroin was involved in 456 deaths.

“Nearly every community in Kentucky experienced a fatal drug overdose last year— if that’s not a wake-up call, I don’t know what is,” said Gov. Matt Bevin. “We don’t have the luxury of pretending there isn’t a massive problem. The consequences of the opioid crisis are far-reaching, affecting every corner of our communities. We must stand united against the opioid scourge and work together to find solutions. Failure is not an option.”

The numbers are part of the 2016 Overdose Fatality Report, which was compiled with data from the Kentucky Medical Examiner’s Office, the Kentucky Injury Prevention & Research Center and the Kentucky Office of Vital Statistics. A copy of the full report is available here.

Those most likely to lose their lives to a drug overdose were people between the ages of 35 and 44. More than 400 in that age group died in 2016.

“These are mothers and fathers, veterans, co-workers and friends,” said Kentucky Justice Secretary John Tilley. “We are in a daily battle to reach them before we lose them, and we must continue tapping every available resource to confront this problem with both force and compassion.”

Fentanyl, a Schedule II narcotic, began overtaking heroin in 2015 as the leading contributor to overdose deaths in Kentucky. The drug is 30 to 50 times more potent than heroin and can prove deadly at very low levels, according to the U.S. Drug Enforcement Administration (DEA).

At the same time, illicit drug cartels have been producing newer and more potent fentanyl analogues, which further increases the risk of death. Carfentanil, for instance, is approximately 100 times more potent than fentanyl, the DEA reports.

Van Ingram, executive director for the Kentucky Office of Drug Control Policy, said fentanyl is frequently mixed with heroin or pressed into a pill form, leaving many users unaware that they are ingesting the drug. That has escalated an already deadly crisis of opioid abuse that started more than a decade ago with prescription painkillers.

“Fentanyl’s impact is really unprecedented,” Ingram said. “Users have no way of knowing what drugs they are taking, and even the smallest amounts can trigger a lethal reaction. We’ve seen cases where a bad batch of drugs has led to dozens of overdoses in a single community overnight.”

Naloxone, a lifesaving antidote that can reverse an opioid overdose, is now widely available in many Kentucky communities; however, it is not always effective against fentanyl, Ingram said. Emergency responders are seeing cases that require several doses of naloxone to revive the victim.

“Government, healthcare, law enforcement – we are all working furiously to save lives,” Ingram said. “But even the best policies and medications have limits. That’s why it is critical that we continue taking a multi-faceted approach, and every Kentuckian can help by spreading the word about the dangers of these drugs.”

Kentucky is a national leader in drug control policy, and the Bevin Administration has worked with the Kentucky General Assembly over the past two years to ramp up the fight against opioids.

This year, the legislature passed House Bill 333, which gives the state flexibility to schedule new fentanyl analogues as they arrive on the streets. It also limits opioid prescriptions for acute pain to a three-day supply unless a doctor provides written justification in medical records for a larger amount.

In 2016, Gov. Bevin and the General Assembly also increased funding for anti-drug efforts in the state budget, allocating $15.7 million to combat opioids in the current fiscal year, up from $10 million the previous year.  Another $16.3 million has been allocated for fiscal year 2018.

Among other significant findings in today’s report:

• Jefferson County had the most overdose deaths of any county with 364, up from 268 in the 2015 report. It also had the largest year-to-year increase in overdose fatalities.

The top five counties for heroin-related overdose deaths, using data from the Kentucky Medical Examiner and coroner reports, were:

The top five counties for overdose deaths by county, per capita, were:

The top five counties for fentanyl-related deaths were:

The top five counties for deaths related to heroin and fentanyl in combination were: