In The Shadows: Photography Exhibit By Howard Bingham Opens During “Night At The Museum” At Muhammad Ali Center 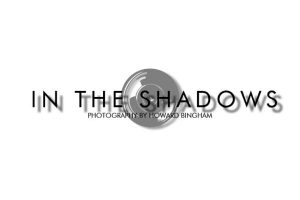 In the Shadows: Photography Exhibit by Howard Bingham opens to the public during a special “Night at the Museum” on Wednesday, July 5th from 5:00-8:00 p.m. at the Muhammad Ali Center. The exhibit, which is on display until January 21, 2018 and included in admission, contains over 50 carefully selected images photographs by Muhammad Ali’s best friend, who was also his personal photographer for over 50 years. Bingham passed away in December 2016.

In the Shadows features never-before-seen photos taken over four decades of Bingham’s career, capturing significant historical events in the United States, from social activism to pop culture, while revealing intimate photos of Muhammad Ali. This exhibit illuminates the relationship that the Ali Center shared with Howard in his role as the Center’s Honorary Curator of Photography, former Board Member of the Center, and as an unforgettable longtime friend of Muhammad Ali.

“Having Howard’s photographs displayed at the Center in the year following both he and The Champ’s passing is a demonstration of the greatness that both men have achieved during their time here on earth and the bond they shared for decades,” said Jeanie Kahnke, spokesperson for the Ali Center. “We hope that the community can come to experience new dimensions of both Howard and Muhammad’s intertwined legacies.”

The exhibit opens during a special preview night as part of the “I Am Ali” Festival on July 5th. “Night at the Museum” includes “open air” gallery talks throughout the evening about In the Shadows and Howard Bingham with the Center’s collections department, a discount admission price of $7 to the Center’s exhibits, and a performance by Commonwealth Theatre Center at 6:30 p.m. The performance will consist of a series of staged readings devised by artists and playwrights based on community reflections about Muhammad Ali’s Six Core Principles.