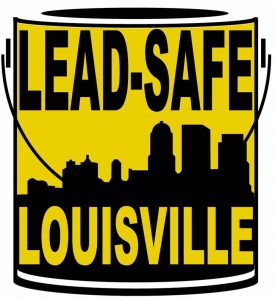 In a continuous effort to keep families and their children safe from lead-based paint and other home health and safety hazards, Lead Safe Louisville, a partnership between the Office of Housing and Community Development and the Louisville Metro Department of Public Health and Wellness., received $2.9 million from the U.S. Department of Housing and Urban Development (HUD) to eliminate lead hazards that exist in both owner-occupied and rental units. HUD awarded more than $127 million to 48 state and local government agencies

The grant funding announced today will reduce the number of children with elevated blood lead levels, and protect nearly 7,600 families living in homes with significant lead and other home health and safety hazards. HUD’s Lead Based Paint Hazard Control grant programs have a proven history of success, filling critical needs in communities where no other resources exist to address substandard housing that threatens the health of the most vulnerable residents.

Today in Washington, DC, HUD Secretary Ben Carson announced the new funding during an event that featured a panel discussion about the importance of public and private partnerships to the work of healthy homes. With HUD celebrating June’s National Healthy Homes Month, Carson said he wants to make lead paint hazard removal a top priority.

In a national release HUD Secretary Ben Carson said, “Children perform better at school and in life if they live in a healthy home. A healthy start at home translates to a successful life outside of the home. HUD is committed to working with local communities to eradicate lead paint poisoning to make sure our homes are safe and ensure positive outcomes for families and their kids.”

Also in that release, Jon L. Gant, Director of HUD’s Office of Lead Hazard Control and Healthy Homes said, “Millions of families and children are seeing their hope for the future threatened by poor health simply because of where they live. This round of funding includes awards to eight cities that are receiving grant awards for the first time. We are pleased the program is expanding into these previously unserved communities.”

Housing improvements, such as removing lead help prevent injuries and illnesses, reduce associated health care and social services costs, reduce absentee rates for children in school and adults at work, and reduce stress—all which help to improve the quality of life.

The purpose of the Lead-Safe Louisville Program is to eliminate lead hazards that exist in both owner-occupied and rental units in the Metro Louisville area, especially those in which children under six years of age reside. Houses and apartments built before 1978 are most likely to have lead-based paint which can create a hazard to its inhabitants. Key risk factors are chipping or peeling paint on doors, windows, woodwork or exterior siding. Children are particularly prone to lead poisoning in such environments.

Eligible units are based on the following: