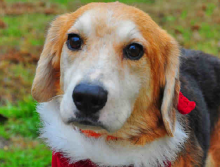 Sometimes happy endings aren’t so close to home for homeless pets who come through the LMAS shelter. One shelter dog, rescued from a life of neglect, traveled nearly 1,000 miles to North Dakota where he was adopted into a forever home.

Rusty’s story began in October 2015 when he first entered our Manslick Rd. shelter. Two months later, a rescue group from Cokato, MN took in the 5-year-old Beagle/Border Collie mix. From there, Rusty found himself on a farm where a kind woman spent 6 months working with the fearful dog, until he was ready to go to his forever home.

A couple from Forman, ND drove five hours to Minnesota to bring home their fur baby. Dan and Trish Pearson adopted Rusty and opened their home to the sweet natured dog. The couple wrote a letter to our shelter with an update on Rusty, two years after he was rescued:

Rusty is still fearful of strange people and it takes multiple visits before he will let a new person pet him without cowering. At home on the farm though, he is relaxed and very funny.

What a personality our fur-baby has. He has learned how to play with toys and people. He loves to run from one end of the house to the other and back again when my husband plays “gonna getchya” with him. His tail is held high and he has a big grin on his face.

He loves all our animals and isn’t’ even afraid of the horses or cattle. He is very healthy now and quite spoiled. He has finally found his forever home. Here are a few pictures to brighten your New Year. 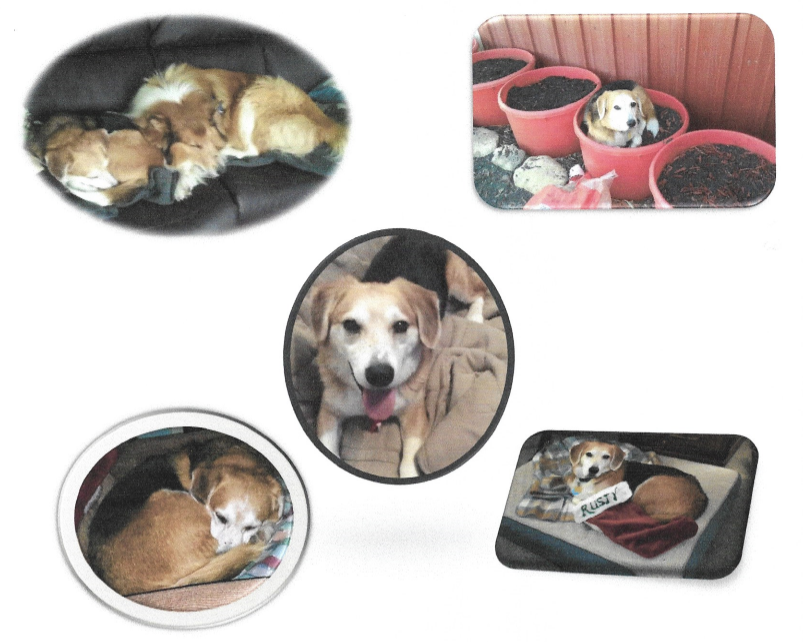