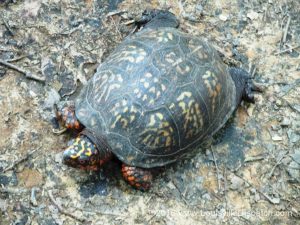 A spectacular day of Bluegrass and Americana music, food and beverages, craft vendors, and youth activities in a scenic environment awaits those who visit Jefferson Memorial Forest’s fourteenth annual Forest Fest on Saturday, May 19.

Forest Fest has been known for providing a great variety of bluegrass music; this year’s event expands on that tradition with five musical acts in the lineup. The music starts at 11:30 a.m. in the forest’s Horine Section, 12408 Holsclaw Hill Road.

The event is free, but parking is $10 per carload. Bring a blanket or chair. Food, wine, and beer will be available for purchase along with items from various crafters. Outside alcoholic beverages are prohibited. Well-behaved dogs on a leash are welcome, and their owners are asked to be considerate of other patrons.

A variety of entertainment options for children, including live nature demonstrations and a climbing wall, will take place during the day, beginning at noon and ending at 5 p.m. Workshops by performers will begin at 1 p.m. Artists from across the region will demonstrate their skills as part of a craft fair, and food and beverages from Comfy Cow Ice Cream, Shack in the Back Barbeque, Lil Cheezers food truck, Brooks Hill Winery, Heine Brothers Coffee, Mr. G’s Kettle Corn, and local craft beer will be available for sale.