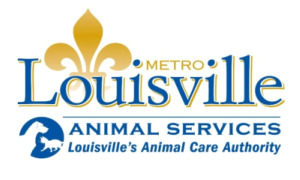 The Louisville Metro Animal Services Animal Care Facility is operating near maximum capacity so LMAS has waived adoption fees for all adoptable pets  the month of July, to make sure there is room for incoming stray animals.

“We put an end to euthanizing animals because there wasn’t enough space for them in 2017.” said Ozzy Gibson, LMAS Shelter Director.  “But that’s a real possibility the longer the shelter operates near, or at max capacity.”

The city’s only open intake shelter took in more than 7,500 homeless pets last year, and for the first time ever no animals were euthanized to make room for incoming stray animals.

“We’re asking the public to help us remain a shelter that doesn’t euthanize simply because it’s out of room by adopting one of our homeless cats or dogs,” said Gibson.

The waived adoption fees will be paid for by the non-profit, Friends of Metro Animal Services (FOMAS) and the Pay It Forward Program, a donation based initiative launched in 2017.

Adoption fees are waived, but not the adoption process. Potential adopters must complete an application and be approved.

All adoptable shelter pets are spayed/neutered, microchipped and up-to-date on vaccinations. Each adoption also includes a 1-year, renewable pet license, which is required by law for Jefferson County pet owners.

FOMAS is accepting donation to keep the Pay It Forward Program going. Those who cannot adopt can make a donation at Animal House, the shelter or online.