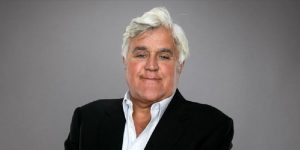 While he may be best known for his decades-long tenure behind The Tonight Show desk, Jay Leno cut his teeth as one of the most incisive comedy voices of the ‘70s and 80s . His new stand-up comedy tour reminds his fans why he became a household name in the first place!

This Television Hall of Fame inductee exudes his everyman style and personality which has earned him millions of fans worldwide. He has been touted as one of the nicest people in show business and says “Anyone can have a life – careers are hard to come by!”