Family-friendly activities that include crafts, music and games will be part of Archaeology Day at Wickliffe Mounds State Historic Site on Sept. 21.

The day – part of Kentucky Archaeology Month — will feature demonstrations and hands-on educational activities about archaeology for the whole family from 10 a.m. to 4 p.m.

This event is sponsored in part by the Kentucky Heritage Council.  Entrance to the activities is included in the museum admission of $5 for adults and $4 for kids, seniors and military.  Parking is free. For more information, call the park office at 270-335-3681 or email carla.hildebrand@ky.gov .

Wickliffe Mounds is an archaeological site of a Native American village of the Mississippian culture. The park features a museum, mounds, walking trail, picnic area, visitor center with tourism information and a gift shop.  The park is located along the Mississippi River’s Great River Road National Scenic Byway at 94 Green Street, Highway 51-60-62, Wickliffe, Ky. For more information about this and other Kentucky State Parks, visit www.parks.ky.gov

Kids can get their hands on 18th century history at Fort Boonesborough State Park’s first Hands on History for Kids event Sept. 7-8.

This event allows children to learn about life in the 18th century. Hands on skills will include churning butter, grinding corn, baking ash cakes, carving on powder horns, carding and spinning and many other pioneer skills.

The displays will be available 9 a.m. to 5 p.m. both days and are free with paid fort admission. Admission is $8 for adults, $5 for children ages 6-12 and children under 6 are free.

There will also be a puppet show featuring Punch and Judy and a demonstration on falconry. The Fort Boonesborough Foundation will have concessions available throughout each day.

Fort Boonesborough State Park marks the site of a fort built by Daniel Boone and other settlers in 1775 along the Kentucky River. The state park near Richmond has a reconstructed fort, a campground, hiking trails, mini-golf, picnic shelters and a gift shop.

“We’re proud of all of our Kentucky State Parks and the people who work there,” Parks Commissioner Donnie Holland said. “We appreciate being recognized by our guests.”

My Old Kentucky Home State Park in Bardstown received first place in the historic site category. The centerpiece of the park is Federal Hill, a mansion completed in 1818 by the Rowan family. Tours of the home and special events are offered throughout the year. The park also has a golf course and campground.

Cumberland Falls State Resort Park near Corbin received two 2nd place awards for long weekend getaway and day trip. Cumberland Falls is the home of a beautiful waterfall, 125-feet wide and 65-feet high, that also produces a “moonbow” during a full moon. The park has a lodge, cottages, restaurant, campground, hiking trails and many other recreational activities.

Other Kentucky State Parks recognized were:

For more information about these and other Kentucky State Parks, visit www.parks.ky.gov 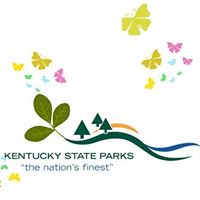 Learn about snakes and other reptiles with the “World of Reptiles” show planned at Wickliffe Mounds State Historic Site on April 28.

While at the park, be sure to take a stroll along the Woods Walk Trail and learn about some useful plants and the natural environment. Enjoy a butterfly program in the Welcome Center from 9 a.m. to 4 p.m., where kids can make and take a butterfly mobile and pick up your free flower seed packets for butterfly gardens.

Admission for the reptile program is $3 adults/$2 kids.  The reptile program with museum and site tour is $5 adults/$4 kids, seniors and military and includes the butterfly program.  Call ahead for discount rates on groups of 10 or more. This is a great opportunity for Scout troops, homeschoolers or youth groups. For more information, call the park office at 270-335-3681, email carla.hildebrand@ky.gov or visit our website at www.parks.ky.gov. 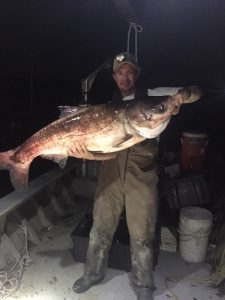 Carp Madness returns to the lakes in June with a new twist: it’s a tournament for bow anglers. The top prize is $10,000 for the team on the winning boat in each division, with total prizes of $23,000.

The tournament is another way to remove carp from the lake while building awareness of the invasive fish.

“We anticipate that Carp Madness 2 will remove more than 100,000 pounds of Asian carp in a single night of bowfishing,” said Ron Brooks, fisheries division director for Kentucky Fish and Wildlife. “Proceeds beyond the cost of the tournament payouts and prizes will go to the Kentucky Fish and Wildlife Foundation, which works with our department on fish and wildlife habitat, the Salato Wildlife Education Center and sponsoring the department’s summer conservation camps for kids.”

The Bowfishing Association of America is sanctioning the event.

The entry fee is $150 per boat. Contestants can pay an extra $25 for entry into the big fish contest. Teams may consist of 2-4 anglers, but no passengers.

The top three weights harvested per boat from each division (lake or river) will win prize money. First place pays $10,000 per boat, followed by $1,000 for second and $500 for third. The big fish payout will be combined for both divisions and depend on the number of entries.

Contestants who weigh in Asian carp will receive a commemorative “Carp Madness 2” T-shirt. Contestants weighing in at least 250 pounds of fish will receive raffle tickets for chances at donated prizes. The Kentucky Fish and Wildlife Foundation is providing support for raffles, t-shirts and donations to the tournament. The foundation will also sell “Carp-Madness 2” T-shirts to support Asian carp removal efforts.

The tournament begins at 7 p.m. (Central time) June 23 and continues until 7 a.m. the following morning. Launch is set for the Kentucky Dam Marina Boat Ramp, located at the Kentucky Dam Village State Resort Park near Gilbertsville, Ky. Bowfishing anglers may harvest any of the Asian carp, including the silver, bighead, grass and black carp.

Pre-registration opens today on the Bowfishing Association of America website: baastore.bigcartel.com.  Participants may also register at the event (cash only).

John James Audubon State Park will host a Ladies Spring Tea party and a Kentucky Chautauqua performance on May 12.

Following the tea, ladies will be invited to attend the Kentucky Chautauqua performance of “Aunt Molly Jackson, a Pistol Packin’ Woman” (1880-1960), portrayed by Anne Shelby.

Feisty, funny, and completely fearless, Aunt Molly Jackson lived for nearly 50 years in the coal camps of southeastern Kentucky, where her father, brothers, husband, and sons were miners. In the camps, Aunt Molly delivered babies, nursed the sick, organized for the union, and wrote songs that described the miners’ lives.

The Chautauqua performance will start at approximately 12:15 p.m. at the Audubon Museum.  The performance is free to the public, with limited seating. Please call to register if you are interested. The Chautauqua performances are sponsored by Kentucky Humanities, which is a statewide source. Every year Kentucky Humanities provides funding for more than 550 public humanities programs. They are sponsored by local organizations.

For further information about the programs, contact Kim McGrew-Liggett, arts administrator at the John James Audubon Museum. Kim.mcgrew@ky.gov or (270) 827 1893.

The annual event includes hikes at the state park and in Red River Gorge on Friday and Saturday. Admission is $10 for adults, $3 for ages 13-17. Ages 12 and under are free. More information is available at www.knps.org.

Natural Bridge State Resort Park at Slade has a lodge, cottages and restaurant.

There are several other wildflower opportunities at Kentucky State Parks during April and May. They include: