Louisville residents are invited to bring unneeded documents to be shredded and prescription drugs to be disposed of at a free event on November 2, 2019. The paper shredding and drug toss event is a joint operation of Louisville Metro Public Works and Louisville Metro Police.

Residents can protect themselves from identify theft and divert unused medications from the waste stream or misuse by bringing items to:

Businesses may not participate in this event. All paper materials will be shredded on site and recycled. Shredding services are donated by the Louisville Branch of Shred-It Louisville. The drug toss is a drive-through event.

In advance, black out all personal information on all medication containers that will be tossed. For safety reasons, sharp items, needles, lances, cosmetics, personal care or hygiene items cannot be accepted. Medication products should never be flushed down the toilet or drain, burned in the open or thrown in the trash because they can contaminate the environment if exposed to drinking and ground water.

Councilwoman Sexton Smith And LMPD Call On Public To “Lock, Take And Hide” 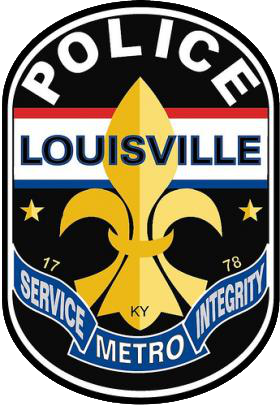 Since the beginning of 2019, Louisville Metro Police are seeing a noticeable increase in both auto theft and theft from cars in the Central Business District of Downtown.

As a result, the “Lock, Take, and Hide” campaign is now underway to remind drivers and passengers of the simple ways in which to prevent theft involving automobiles.

“There are times when we are in a hurry and we just don’t think when we get out of a car. Every time, we forget to lock the door or leave things in plain sight, we are offering an invitation to thieves to steal,” says Councilwoman Barbara Sexton Smith (D-4). “There are simple common-sense things we can do to curb this trend. I hope “Lock, Take and Hide” will be practical reminder of how to stop theft in its tracks.”

The Councilwoman and officers of the LMPD’s First Division announced the campaign today. One hundred signs are being posted around the downtown area with the simple reminder of: Lock your car, Take your keys and Hide your belongings.

New statistics from the First Division show auto theft and theft of things taken from an auto have increased over last year in the Central Business District:

“The 1st Division is very excited to partner with Councilwoman Barbara Sexton-Smith in the “Lock, Take and Hide” campaign.  Unfortunately, we have seen an increase in stolen automobiles and theft from autos.  The officers of the 1st Division are working very hard, but we need the community’s help.  Many of these crimes could have been prevented,” said Major Andrew McClinton of LMPD. “We all need to step up and “Lock, Take and Hide” our valuables.  Working together, we can significantly reduce these crimes.  We appreciate all the support and look forward to making this campaign a success”

“Together, we can bring an end to this trend,” said Sexton Smith.

If you see any suspicious activity around and auto, then call 574-LMPD.

President David James is calling on everyone in the community to support police all over Metro Louisville after a recent incident were violent graffiti was posted on I-64.

“There is a guaranteed freedom of speech in this country, but we have to draw the line when the speech advocates violence. This recent graffiti sends the wrong message at a time when all of our officers need support as they protect us,” said President James.

“As a community, we must take a stand. Violence is no answer to any problem. The dedicated men and women of every police department in our community roll out on the street every day to do their jobs and keep us safe,” said James. “We must give them our thanks and support.”

One year after its start as a pilot program limited to two Louisville Metro Police divisions, the Living Room program is now open to the public.

The Living Room is a safe, calming space where adults in crisis can be connected with needed resources to address mental health and substance use disorder, as opposed to costly and often unnecessary stays in jail, emergency rooms or inpatient hospitalization.

The low-barrier facility, located at 708 Magazine Street, is open 24 hours a day, seven days a week.

Since its soft opening on December 10, 2017, the Living Room has served more than 1,100 guests and provided more than 8,000 hours of care to people in crisis in our community.

“Adding the Living Room to the services we have available in Louisville has been a great achievement over the past year,” said Mayor Fischer. “Helping to connect people in crisis to support and services is just one more way that Louisville is proving itself to be a compassionate city.”

The Living Room first opened as a pilot project with two Louisville Metro Police Divisions, who tested the feasibility of bringing individuals in crisis to the center instead of jail or the hospital. By March 2018, all eight LMPD divisions had begun utilizing the program.

The Living Room has been able to expand services even more in recent months thanks to renewed funding from Louisville Metro Council. Updates include:

Last month, the Living Room completely opened its doors to the public. Guests no longer require a referral from police, hospitals or other sources. Now, they simply need to ring the doorbell to get assistance.

“We at Centerstone couldn’t be prouder of the work that has gone into establishing this valuable community resource,” said Abby Drane, President & CEO, Centerstone Kentucky. “Since opening to the public, the Living Room as seen a 25 percent increase in guest check-ins – illustrating the need this community has for low-barrier crisis diversion services.”

Centerstone staff expect to see continued growth as they launch a public awareness initiative to get the word out about available services.

Students from the University of Louisville Criminal Justice program will continue to be involved in studying the effectiveness of the program, to help determine how many resources are being saved by diverting people away from jails and hospitals.

President David James (D-6) and officers of the LMPD’s Fourth Division are planning a special celebration of the season when they host the Parkhill Holiday Party at the Parkhill Community Center on Thursday, December 6th.

“I look forward to continuing this community tradition when we give needy children throughout the district a Merry Christmas with holiday fun for the family,” says James. “It will be a wonderful time for anyone who  lives in the Parkhill area.”

The Parkhill Holiday Party will be held from 5:00 p.m. to 6:30 p.m. at the Parkhill Community Center, 1703 South Thirteenth Street.

Parents are encouraged to bring their children ages 1-15 to the event.

There will be music, food and fun for all! Santa Claus will also be on hand to hear Christmas wishes and parents and families can take pictures of their child with the Jolly Old Elf. There will be a toys and bicycle give-a-way!

“So I want to encourage everyone in the Parkhill area to come out and join us for some fun as we bring in the holiday season,” says James.

For more information about the Parkhill Holiday Party, contact Councilman James’ office at 574-1106.

Councilwoman Madonna Flood (D-24) is encouraging everyone in the community to take advantage of a special drug toss, medication disposal event coming up this Saturday, December 8th.

“As a community, we continue to deal with many cases of accidental overdoses and sometimes those are caused by medications no longer needed that someone comes across in the home,” says Flood. “This event is a safe way to dispose of prescription drugs that are no longer needed.”

The drug toss event is set for the Central Government Center, 7201 Outer Loop from 9:00am to 1:00pm. It is hosted by the officers of the Louisville Metro Police 7th Division.

It is a safe, fast way to dispose unused medications. These events are designed to prevent unintentional and accidental poisoning and potential fatal overdoses. Just drive up and hand the medication to an officer, then be on your way.

Proper disposal by the LMPD helps protect the environment by keeping medications reside from leaking into waterways and threatening wildlife and drinking water.

“So before you got out to do your holiday shopping this Saturday, grab any outdated or no longer used medications and stop by the Central Government Center,” says Flood. “Your actions could keep a loved one safe.”

For more information about the event, call Councilwoman Flood’s office at 574-1124.

It’s a Christmas tradition that brings smiles to the children of Portland and the Louisville Metro Police 1st Division service area every year.

On Saturday, December 8th the LMPD 1st Division Police Auxiliary will host children and their families at their 43rd Annual Christmas Party.

“This is a special time of year for children in our area and every year the 1st Division Police Auxiliary works to make sure the children of this area have a special Christmas,” says Councilwoman Cheri Bryant Hamilton (D-5). “I am proud to be a sponsor of this event and I thank the Auxiliary for its dedication to the children of our area.”

Hamilton is joined by Councilwoman Barbara Sexton Smith (D-4) and President David James (D-6) as sponsors of the event.

“Over the years, the Auxiliary has brought seasonal joy to thousands of children who would not have holiday party otherwise,” said Sexton Smith (D-4). “Their dedication to the community is a shining example of the reason for the season.”

“Once again the Auxiliary has gone above and beyond the call of helping those in need in our community,” says James. “Like the men and women who protect us in the 1st Division, they have shown us how they care for those in who would not otherwise have a special holiday.”

The 43rd Annual Christmas Party is for children aged ten and under. Last year, the 1st Division Police Auxiliary was able to help over 300 children have a special holiday season. Every Child will have a chance to visit Santa Claus and Mrs. Claus and will receive a toy, fruit, candy, toboggan and gloves.