Current Kentucky law requires anyone who suspects that a child is being abused to report it to police, the state Cabinet for Health and Family Services or the county or commonwealth’s attorney. The law does not, however, require a local police department to report to other agencies when one of its officers is suspected of child abuse.

“This state law is intended to protect our children by requiring citizens to speak up to authorities when they reasonably believe a horrible crime is being committed against a child,” Mayor Fischer said. “This legal requirement should be extended to law enforcement agencies as well when the suspicion falls on one of their own, to ensure that all due diligence is taken to protect our young people.

“I’m calling on state lawmakers to take immediate action in the upcoming final days of this legislative session.” 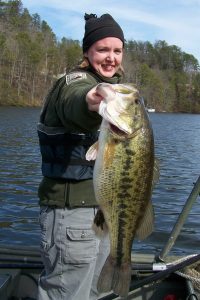 It seems to Kentuckians that someone accidentally dropped the sun down a storm drain about three weeks ago and it hasn’t been found yet.

Day after day desolate gray skies discharged rain every few hours. Although it has been warmer than usual, this January has been a long slog.

February is the month tinges of hope arrive back in many anglers’ souls.

“Before any change of season, there are hints of the season to come,” said Mike Hardin, assistant director of Fisheries for the Kentucky Department of Fish and Wildlife Resources. “The change from late winter to spring is not abrupt. By the third week of February, you can hear spring peepers calling.”

This translates into a time when someone suffering from terminal cabin fever can catch a fish for the ages.

Warm February rains muddy the water and provide a temperature spike. “You get that good muddy water in mid- to late-February and you can pull some sows out of it,” Hardin said. “Females are gearing up for spawning. They need healthy fat reserves to get them through rigors of spawning. Instinct tells them they must eat.”

This situation is a fantastic time to catch a fat, pre-spawn female largemouth bass. Back in the day before graphite rods, bass boats or sonar units, gritty anglers would brave the weather during the first warm rains of February and employ the “jigging” technique to pull huge largemouth bass from shallow water.

They would use stout cane poles and a large hook tied to heavy black dacron line. These anglers would impale as many nightcrawlers as possible on the hook and using a skulling paddle for stealth, drop this combination beside any stump, log or other shoreline cover they could find.

Modern anglers can do the same thing with a ½-ounce black and blue jig and a flipping stick.

“That muddy water in late February is good flipping water,” Hardin said. “My uncle loved it when rains warmed the water to 51 degrees along the shoreline. He would flip a jig to the shoreline cover along those outside bends of Cave Run. That is when he caught his biggest largemouth bass. He had better weights in 51 degree water than in 70 degree water.”

Hardin said rains from the south in February also bring large muskellunge to the shoreline.

“That is when I first get my muskies,” said Hardin, who caught a 50-inch muskellunge from Cave Run Lake this past fall. “When you have a 42- to 48-degree main lake with warmer water coming in that is in the mid-50s, this is when you find fish along the shoreline.”

Some fish live suckers along the shoreline for big February muskellunge. Those anglers are strongly encouraged to employ a quick strike rig to prevent catch and release mortality. Large rattle baits, such as a muskellunge-sized Rat-L-Trap, also work well for shoreline muskellunge during this time of year.

“I also like a soft plastic bait called the Bulldawg in February,” Hardin said. “I like two-tone colors such as brown and orange. I also like the firetiger with a chartreuse tail version. I also throw jerkbaits like a Suick Thriller when they have their nose on the bank. They see that jerkbait work over their head and they hit it.”

If warm rains accompanied the warm front, work white spinnerbaits with chrome Colorado blades right beside any submerged woody cover. This is an excellent presentation to catch huge smallmouths, especially if the water has some color to it.

If the warm front simply warms the top layer of water a degree or two without rain, big smallmouth will move up onto a flat to feed. The best flats lie adjacent to the channel on the main lake or major creek arm.

A medium-sized live shiner bottom fished in these areas is one of the best ways to catch the heaviest smallmouth bass of your life. Some anglers crawl the shiner slowly across the flat with just enough split shot weights to keep the shiner down. Others prefer still fishing shiners on the flat using a 1/4- to 3/8-ounce slip-sinker rig with a small black barrel swivel tied on the main line. An 18-inch leader of 8-pound test fluorocarbon line is tied on the other loop of the barrel swivel while the hook goes on the other end of the leader.

A size 1 Octopus-style hook works well for both presentations. You can also fish these rigs right in the middle of small cuts and tiny coves along the main lake or major creek arm for large February smallmouths.

“If you like catching big fish, February is a great month,” Hardin said. “A big fish warms you up better than a big coat.”

Remember to buy your fishing license soon. Feb. 28 is the last day of the current license year in Kentucky.

The Child Support Division has collected $14.8 million, sent wage withholding orders to 11,029 employers and found 18,266 new addresses directly attributable to the lists printed each year since 2005.

“Children are our community’s most precious asset,” said O’Connell. “All of us in Jefferson County – parents, family members, employers and concerned citizens – can play a role in tracking down those who are not fulfilling their obligations to their kids.”

This year’s list of 4,034 names can be found online at www.louisvilleky.gov/countyattorney. Only 538 names appear in the printed insert, with this year’s focus on some of the county’s newest child support orders and those with recent court action.

“The nearly 200 employees in our child support division have a singular focus: connecting kids and families to the money that is rightfully theirs. Early intervention and proactive communication with parents owing support gives them a better understanding of their responsibilities and helps collect the financial support crucial to the futures of these children.”

Anyone with information that could help locate someone on the list should call 574-0821 or email jcaocs@ky.gov.   END_OF_DOCUMENT_TOKEN_TO_BE_REPLACED 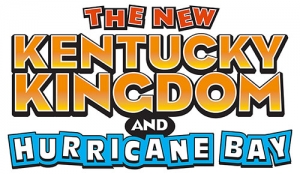 The new Kentucky Kingdom and Hurricane Bay, located on nearly 60 acres right in the middle of Louisville, are set to open May 24, 2014.  Tickets prices are currently set at $44.95 for adults and $34.95 for children, seniors and military.  The best value for the park is the $99.95 season pass, which is available online direct from Kentucky Kingdom or from your nearest Kroger location, where they can be purchased for $69.95 until June 2nd.  Benefits of the season pass include park admission all season, rides in the park during the Kentucky State Fair, $1 32-ounce soft drinks throughout the park, 20% of all park food and merchandise, free sunscreen and free water tubes.

For more information about the park and to see videos for the new attractions, visit the website for Kentucky Kingdom.