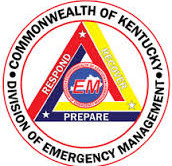 Kentucky Emergency Management urges Kentuckians to “BE AWARE – BE PREPARED – HAVE A PLAN – MAKE A KIT.” Visit https://www.ready.gov/september for a host of ideas throughout National Preparedness Month.

Kentuckians face threats to their safety and property throughout the year; from tornadoes, flooding, straight line winds, lightning, winter storms, man-made hazards, to daily emergencies. Every household and every business should be prepared to face these challenges at any given time. Disasters can occur at anytime, anywhere in Kentucky.

As we have all seen recently with the devastating hurricanes and wildfires of 2017, preparedness can make the difference of saving your life or your family. Supplies such as water, non-perishable food, flashlights and batteries, radios and first aid kits are easy to store, and can be lifesavers when a crisis hits. A communication plan with family, friends and neighbors is also very important.   END_OF_DOCUMENT_TOKEN_TO_BE_REPLACED 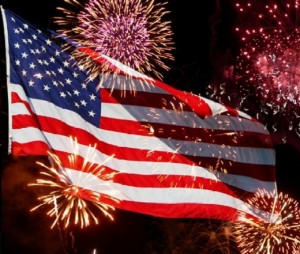 As Louisville residents prepare to celebrate the Fourth of July, Louisville Metro Government officials are urging residents to stay safe – including those attending outdoor events amid a heat index that could reach 110 degrees.

In addition, Louisville Fire officials discouraged residents from using consumer fireworks, which can be dangerous, and instead attend a public display by trained professionals. This year, the Louisville Waterfront Fourth celebration will feature free musical entertainment, family activities, a patriotic installation of 15,000 U.S. flags, festival cuisine and a Zambelli fireworks display from a barge on the Ohio River. https://louisvillewaterfront.com/plan-your-visit/calendar/waterfront-fou…

Celebrations are also planned at Historic Locust Grove and in the Crescent Hill neighborhood on the grounds of the Peterson-Dumesnil House.

“Independence Day is a wonderful time to celebrate our great country and spend time with our family, friends and neighbors,” Mayor Greg Fischer said. “I want to encourage people to take precautions, so they can still enjoy the Fourth and keep themselves and their family safe.”

Extremely high or unusually hot temperatures can affect your health. Most vulnerable are the elderly, those who work or exercise outdoors, infants and children, the homeless or poor, and those with chronic medical conditions.  City officials advised residents to use air conditioning and limit outdoor and strenuous activity; wear light, loose-fitting clothing; check on family and neighbors; drink plenty of water and don’t leave people or pets in a car for any period of time.

In addition, watch for the signs of heat exhaustion and heat stroke, which include:

To help residents cool off, Louisville Parks and Recreation officials said three pools are open on July 4 for those who need to cool off: Algonquin, Fairdale and Norton (Camp Taylor). Also, more than 30 spray grounds will be open.

Louisville Metro Air Pollution Control District issued a reminder that it is illegal in Louisville Metro to shoot off airborne and/or exploding fireworks in your yard or neighborhood. They are also not permitted in public parks.

Fireworks cause an average of nearly 18,500 reported fires each year in the U.S., according to the National Fire Protection Association. Thousands of people, most often children, are injured while using fireworks, including sparklers.

Louisville Metro Emergency Services Officials are providing attendees of Derby Week events with a new safety tool designed to provide an additional layer of safety and security to measures already in place surrounding the Pegasus Parade, the Kentucky Derby Festival events, the Kentucky Oaks and the Kentucky Derby.

LENSAlert now allows citizens and visitors to text predetermined keywords to sign up for alerts at major events in the city. The system provides real time alerts and notifications and will inform event attendees of severe weather, hazardous material incidents and other emergencies.

Attendees are encouraged to Opt-In prior to the event, by texting to 67283 and using one of the keywords below:

Emergency Services Director Jody Meiman states, “Use of LENSAlert’s Opt-In feature will be coordinated through the Incident Management System from the Emergency Operations Center and is meant to communicate emergency information only and will be the trusted source of information should a major incident occur. We expect a safe and secure Derby Week but based on events that are occurring around the world, we would be remiss if we did not use tools such as LENSAlert to assist in safely securing the public.”

In the event of a major incident, Emergency Services, the Kentucky Derby Festival and Louisville Metro Police Department will post a LENSAlert Opt-In graphic on social media in order to direct inquiries to the LENSAlert Opt-In feature. 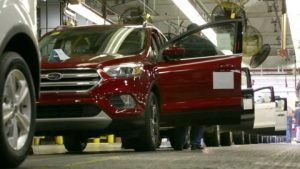 Ford has issued two recalls affecting over 440,000 vehicles in North America, including ones made here in Louisville, due to problems that might cause engine fires and unexpected door opening.

Ford has had 29 reports of such fires, but nobody has been injured due to the defect so far.  The release says that owners of these vehicles may keep driving them but should go to a dealer if the cars overheat or frequently need coolant.

In a second round of recalls, Ford is adding an additional 210,619 vehicles to an existing recall to replace faulty door latches on 2014 Fiesta cars as well as 2013 and 2014 Fusion and Lincoln MKZ cars.  These vehicles have door latch component that could potentially break and allow the door to swing open while driving.  The company reports that it has not had any reports of crashes or injuries due to the issue.

Together, the recalls will cost the company around $295 million and bring the total number of vehicles affected by recent recalls to 570,000.

Louisville residents are invited to bring unneeded documents and prescription drugs to be shredded and disposed of at a free event on October 29, 2016. The Drug Toss/Shredding Event is sponsored by Metro Public Works, Metro Police, and Metro Council.

Citizens can protect themselves from identify theft and divert unused medications from the waste stream or misuse by bringing items to:

1032 Phillips Lane, across from the Kentucky Fair and Exposition Center

Businesses may not participate in this event. All paper materials will be shredded on site and recycled. Shredding donated by the Louisville Branch of Shred-It Louisville. The Drug Toss will be done as a drive-through event.

Black out all personal information on all medication containers that will be tossed. For safety reasons, we cannot accept sharps, needles, lances, cosmetics, personal care or hygiene items. Medication products should never be flushed down the toilet or drain, burned in the open or thrown in the trash because they can contaminate the environment if they get into the drinking and ground water.

CodeRED is Out, Smart911 is In

In the past, residents of the Greater Louisville Area and Kentuckiana have been able to sign up to receive emergency notifications by email, text, or phone calls through a service called CodeRED.  During emergency situations, subscribers would receive notifications with details about the emergency along with instructions for what to do such as shelter in place or evacuate.

CodeRED’s coverage of the Louisville area will officially terminate tomorrow night, August 16, at midnight and currently subscribed citizens will no longer receive area alerts from that service.  Area residents will still be able to receive alerts, although it requires action.

The new service that will provide emergency alerts involving the Louisville Metro Area is LENSAlert – with LENS short for Louisville Emergency Notification System.  This service is provided through the Smart911 framework.

Those wishing to do so can sign up for LENSAlert by visiting the subscription page here. 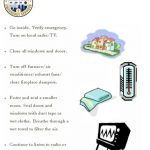 Hazmat  crews are on scene in the 600 block of Main St where a chemical leak is spilling ammonia.

A shelter-in-place has been ordered for the NuLu area within the borders of I-65 and Witherspoon, Clay, and Market Streets.

THERE HAS BEEN A RELEASE OF A HAZARDOUS MATERIAL AT 609 EAST MAIN STREET. THE FIRE DEPARTMENT IS ASKING THAT PERSONS EAST OF I 65 NORTH OF MAIN STREET AND EAST TO CLAY STREET TO SHELTER IN PLACE AT THIS TIME.